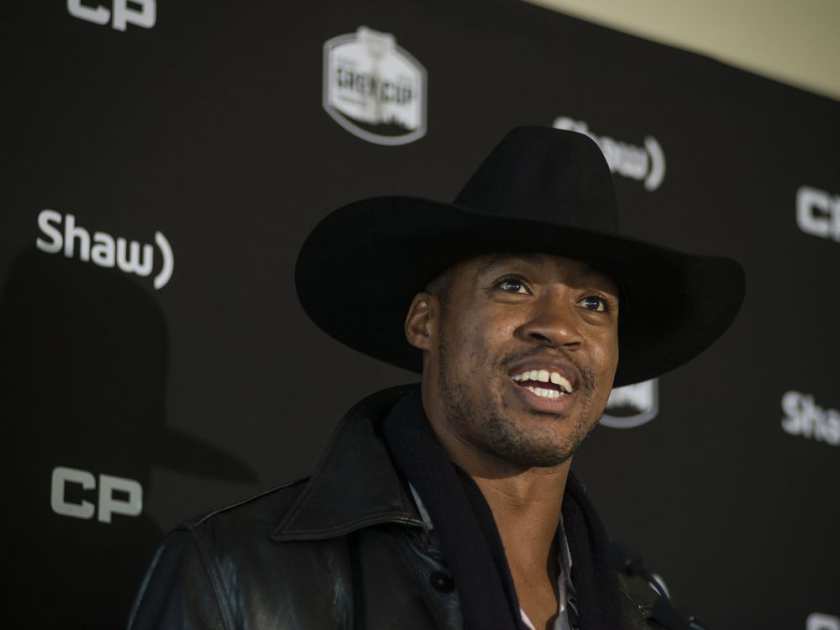 Perv of the Week – Henry Burris

The perv was chosen this week for a couple of reasons. Reason one being mostly to annoy fellow Rabbler, Chris. Reasons that aren’t motivated by spite however include seeing a man look this good in a cowboy hat, capitalizing on sweet grey cup click bait and genuinely admiring this man’s moxy and immovable belief in himself. A lesson our self loathing selves should take to heart

Henry Burris, former Calgary Stampeders QB is facing off against his old team in his second straight super bowl at the helm of the Ottawa REDBLACKS (!!!!!!!!!!!!REDBLACKS!) . Though as of press time Calgary is favoured to win the game by more than touchdown, that doesn’t stop Henry’s belief in himself or the franchise

Rather than embrace the RedBlacks’ nothing-to-lose status going into Sunday – nine-point underdogs – he bristled. But, Henry being Henry, he looked happy doing it.

“It seems that no matter what we’ve done, nobody gives us respect,” said Burris. “Maybe they don’t like the fact that this is only three years (for the organization) and we’ve been in the show two years in a row. What else do you need to do to get some respect? At the end of the day, it’s all about playing football on Sunday. The team that executes best, takes care of the football, make plays, will win the game. Why not us?

So yes, even though we will be firmly cheering for Calgary this weekend, we wouldn’t be sad to see that wide gap toothed smiled at the end of the game